Pistols are one of those crazy hard bodyweight exercises that require extreme levels of strength, balance, mobility, and coordination, making them tough for people of all fitness levels.

So in today’s video, I’m going to show you how to get better at pistols by practicing your candlestick pistol rolls.

You’ll want to start by first practicing a basic candlestick roll, so that you can get a sense of how the movement should feel before transitioning into pistol candlestick rolls. This will help you figure out the movement and the momentum needed to get yourself up off the ground back onto your feet. 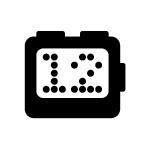 Let’s face it: there are a lot of misconceptions about what a push up really is. But it’s time to clear that up. Because while it’s absolutely fine to be less than perfect when you’re first starting out, you should know what to aim for in the future and focus on building up the strength …

Ok guys, you asked for it, and we listened: 12 Minute Athlete full workout videos are finally here.

So many people have told me recently that they’d like me to post videos of the entire workouts so they can follow along or just see how all the exercises fit together in a 12 Minute Athlete workout. So, I’ve made it a goal this year to post a new one every week or so starting now.

Here’s the first one from last Friday’s Speed Demon AMRAP Challenge workout in case you missed it:

Even just a few years ago, if you’d asked me about the bridge exercise, I would have told you it was some lame exercise reserved mainly for beginners, the injured, or people suffering from lower back pain.

And although as a personal trainer I would include a form of bridging in many of my clients’ programs, it was something I only rarely did myself, and when I did do a bridge or two, it was more as a remembrance of when I did gymnastics as a kid than for any other reason.

I never thought of it as a “serious” exercise and never deliberately included it as a main part of my own or my clients’ training.

But boy, was I wrong. As I’ve gotten more and more into bodyweight and calisthenics training over the years, I’ve realized what an incredible exercise bridges really are.

When most people think of bridges, they think of a short bridge, which is the most common form of the bridge and the one that you’ll most likely see at any basic gym.

But while this form of the bridge is great for those with a weak or injured lower back, it’s fairly non-taxing for anyone who has been working out intensely for a while, so they quickly skip over any other forms of the exercise, thinking it’s too easy for them.

But here’s the thing: half bridges are by no means the most difficult form of the exercise. And if almost anyone, including those who consider themselves to be pretty strong, did try the ultimate bridge—the stand to stand bridge—they’d almost be guaranteed to fall due to lack of strength of flexibility.

It’s time for people to realize that bridges rock. Here’s why: