Want to improve your performance, flexibility, and reduce injuries?

Then it’s probably time you gave foam rolling a shot.

Because while it’s necessary to work out hard, it’s equally as important to make sure your body gets the recovery it needs. And stretching (including yoga!) just isn’t enough.

So whether you’re a hardcore athlete, or squeeze in a workout two or three times a week to keep the pounds off, a foam roll is a magical device that will make you wonder how you ever lived without one.

Read on for more on why foam rolling rocks: It’s happens to everyone…

You keep a perfect workout schedule when you’re at home, never missing a day. But then one day, you go on vacation or travel for work and bam—all your hard work falls apart.

Because while you might pack your workout clothes with good intention to use the hotel gym, they never actually make it out of the bottom of your suitcase.

And before you know it, you’ve stopped exercising at all, completely abandoning your usual health routine. You start eating all the local foods, drink a little more than usual, and rather than walking, splurge and get a cab (it is vacation after all).

Soon enough, your pants start fitting tighter, your energy levels drop, and your motivation goes way down—you’re back to square one. And worst of all, it’s not so easy to get back to being healthy when you get home.

But that’s where the 12 Minute Athlete workouts come in.

Here’s why they’re the best way to motivate yourself to work out when you’re traveling: Have you ever gone on a diet, only to quickly become so hungry and miserable, you give it up almost immediately?

If you’re like most people, your answer is most definitely yes. Because there’s no doubt about it: the vast majority of people think that in order to eat healthy, they have to be miserable.

They just assume they have to give up all the foods they love and eat nothing but kale and boiled chicken for the rest of their lives… and never feel full again.

Heck, before I knew any better, I thought the exact same thing.

During one particular diet I tried out in high school, I immediately became cranky and lethargic, my brain started to feel fuzzy, and I felt like crap. After the second day, no one wanted to be near me and I just wanted to sleep to pass the time away.

Luckily, on the third day, I snapped out of it and realized that dieting (or in my case, not eating anything but carrots and yogurt), wasn’t doing me any good, and soon after decided to learn about what it really means to eat healthy on a day-to-day basis. Do you assume you need to spend a good 60 to 90 minutes in the gym in order to get in a really good workout?

I’m not judging. I used to be the same way.

In fact, I used to spend ages on the treadmill and in the weight room until I discovered something amazing: it doesn’t take hours of exercise to get a good workout.

I talk a lot about 12 and 16 minute workouts here on the site, but honestly, it can be even less than that.

Because here’s a secret: you can get a good workout in just four minutes.

Yep, you read that right. Four minutes is all it takes to get your heart pumping, blood flowing, and fat disappearing.

It’s called Tabata Training, and here’s how you can use it to your advantage. A couple of weeks ago, I was driving home from my Krav Maga class followed by an epic grocery shopping trip (I hadn’t been for a while) when I spotted an elderly man on the sidewalk carrying two Trader Joe’s bags, one in each hand.

At first, I thought he was just walking funny. But on closer look, I realized he was using each bag as a weight, lifting each arm in a bicep curl every time he took a step.

That way, he was not only getting the benefit of walking to and from the grocery store—he also got an arm workout to boot.

This man truly understood the importance of staying active and incorporating exercise in his everyday life—not just in the gym.

And we all should take a lesson from him.

Because despite how essential it is to do your interval training, your squats, your pull ups and your burpees—it’s equally as important to keep moving on a regular basis. What do extreme athletes, elite military forces, and football teams have in common?

They all embrace burpees and regularly include them in their workout routines.

Lots, and lots, of burpees.

That’s why we include so many burpees in the workouts in the official 12 Minute Athlete HIIT Workouts app—they’ll get you fitter than pretty much any other exercise can.

Because not only will burpees turn you into an athlete, they’ll also help you scorch fat, rev up your metabolism and get you conditioned like no other exercise can do.

But what the heck is a burpee… and why should you care? If you could get to a place where you never had to worry about your weight again, would you?

If you’re like 99% of the people out there, your answer is most definitely yes.

(I don’t know what goes on in the other 1% of people’s minds, but let’s just assume they exist…)

Because let’s face it: trying to be healthy and fit sucks.

Constantly thinking about how you should be exercising, denying yourself your favorite foods, counting calories… it’s no fun. This type of thinking starts to take over your life, interfers with your social engagements, and totally stresses you out.

And on top of that, it’s probably not even working.

Everyone, including you, has an ideal weight. This is the weight where you don’t have to be overly concerned about what you eat, where you have plenty of energy to do all your favorite activities, and where you feel pretty damn good in a bathing suit.

This is called your “happy weight” (yes, this is an informal term). Basically, it means that you have the right level of body fat and muscle for your body.

When you reach this weight, you’ll be healthy and strong—but not overly skinny. 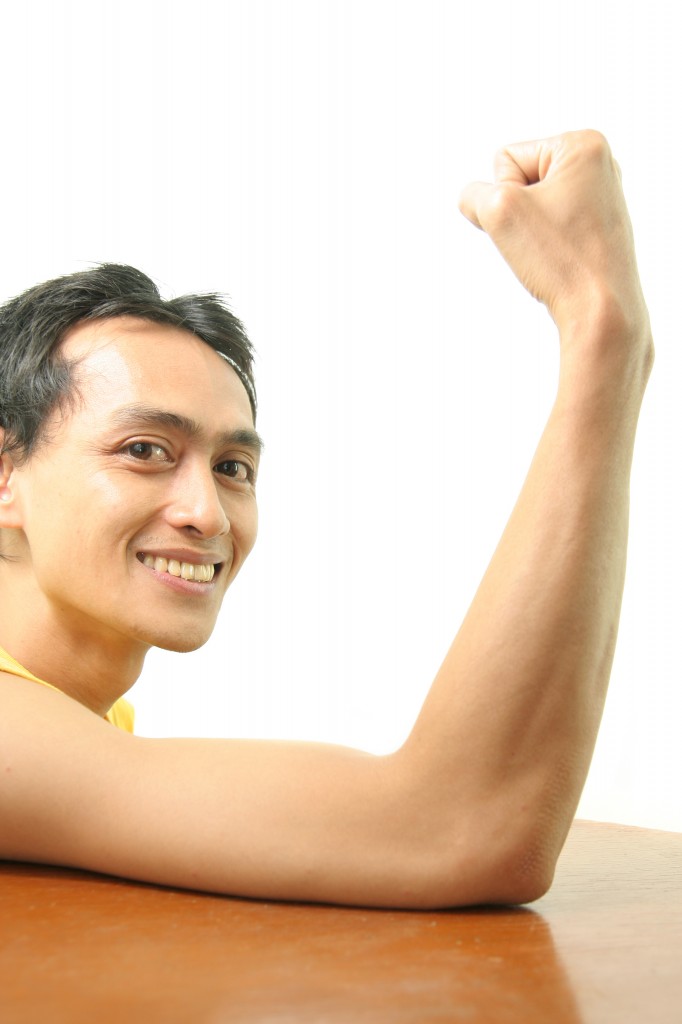 In my 26 years on this planet, I’ve had the privilege of living in some of the coolest cities in the planet—Portland, Amsterdam, New York, and San Francisco, just to name a few.

The one thing these places have in common?

Hipsters. Lots and lots of hipsters.

If you’re not familiar with the term (although you’d probably have to be a hermit to not have come into contact with it these days), the (condensed) Urban Dictionary definition of a hipster is:

“Hipsters are a subculture of men and women typically in their 20’s and 30’s that value independent thinking, counter-culture, progressive politics, an appreciation of art and indie-rock, creativity, intelligence, and witty banter. Although “hipsterism” is really a state of mind, it is also often intertwined with distinct fashion sensibilities. Hipsters reject the culturally-ignorant attitudes of mainstream consumers, and are often be seen wearing vintage and thrift store inspired fashions, tight-fitting jeans, old-school sneakers, and sometimes thick rimmed glasses. Both hipster men and women sport similar androgynous hair styles that include combinations of messy shag cuts and asymmetric side-swept bangs.”

Now, I have no idea why, but one thing nearly all hipsters have in common is that they seem to avoid exercising at all costs (biking is the one exception).

It’s almost as if they consider being healthy and in shape to be ‘uncool.’

The strange thing is, because they subside mainly on cigarettes, beer, and tacos (please do not do this), most hipsters don’t actually appear overweight.

Instead, they perfectly embody what is everybody’s favorite body type to bash these days: skinny fat. It’s no secret that most people use traveling as an excuse to not work out.

They assume that just because they don’t have access to a gym or fancy exercise equipment, there’s no point in even trying to keep fit.

But it doesn’t have to be that way.

Because despite what you may think, you can actually get a really good workout when you’re traveling—even if all you have is a hotel room as your gym.

And best of all, you won’t have to spend an hour a day of your vacation exercising—or shell out $20 for a day pass at an expensive gym.

All you need is a hotel room—and determination

I used to always use traveling as an excuse not to exercise—even on long European vacations filled with French pastries and German beer.

And even though I’d end up walking a ton every time I traveled, I never did a single push up or lifted even one weight. As a result, I’d end up losing much of the hard work I’d put in before my trip… and have to start from the beginning when I got back home.

So a few years ago, I changed my stance on exercise while traveling, and now I work out just as I would normally, albeit with a little less equipment or space. No matter how hard you may try and control it, something always gets in the way.

And what’s the first thing that gets put on the back burner when something unexpected happens and turns your life upside down?

You’re too tired, too busy, too stressed. So you stop exercising regularly, start eating like crap, and let all your hard work disappear.

I should know. I’ve been there.

And it’s completely understandable. But you can’t let it happen.

When moving gets in the way

Over the past four years, I’ve moved a total of 8 times. Three of those moves included going thousands of miles (from Portland to Amsterdam, Amsterdam to New York, New York to San Francisco), and four were into temporary housing—which, if you’ve never experienced it, is very unsettling.

And now, my husband and I are thinking of moving again(!)—but this time, we’re trying to buy a house in San Francisco (not an easy feat).

The one thing all these moves have had in common? They have all been very, very, distracting. And they would have all been perfectly good excuses to temporarily abandon my workout routine.

But I didn’t let that happen.